“The Gammage Cup” by Carol Kendall is a fictional book about the Minnipins defending themselves against the Mushrooms. 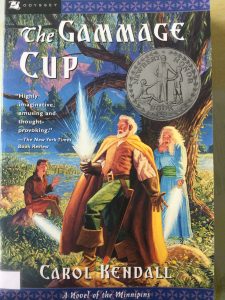 Walter the Earl, Gummy, Curly Green, Muggles, and Mingy become outcasts from their village when their habits and differences become to much for the others.

As they begin working together building their new home they find out a terrible secret.

Mushrooms, the dreaded enemy of the Minnipins, are in their peaceful valley.

Walter the Earl, Mingy, Gummy, Curly Green, and Muggles work together on warning the villagers and defending the Valley.

Carol Kendall’s “The Gammage Cup” is a remarkable story showing us that differences can be good, listening more is important, and working together is essential. 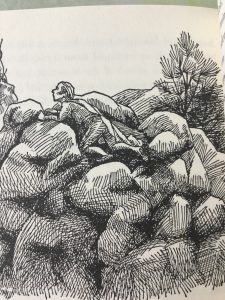 What to Expect: Adventure, Excitement, Fantasy,

Carol Kendall’s wonderful story shows us that differences can be good and are part of what makes each of us special.

If the villagers had tried to get to know them they would have realized that Walter the Earl knew a lot about their history that they didn’t know.

While Gummy looked like he was lazy all the time, he could work when he put his mind to it.

He made it fun for everyone too.

Each (Oh Them) had something that would contribute to making the village awesome.

Because the villagers looked down on them they finally decided to leave and live by themselves on the edge of the surrounding mountain.

But as they begin building their new home they find out that the Mushrooms have come through the mountains and are getting ready to attack the valley.

Together, Walter the Earl, Gummy, Curly Green, Mingy, and Muggles used their unique talents to help defend and warn the others.

Because they were different from the other Minnipins they were able to save their village. 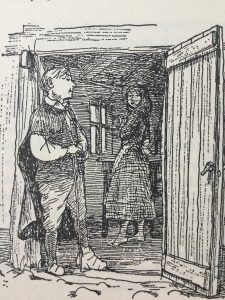 Carol Kendall’s book is a remarkable portrayal of why listening more is important.

Because Muggles listened only to the villagers she didn’t find true friends until she listened to the others.

If the Periods had listened more they would have realized that their museum labels were all messed up and that they didn’t have the whole story about their ancestor, Fooley.

Instead, they stubbornly kept it the same way and looked down even more upon Walter the Earl, Gummy, Curly Green, and Muggles.

When the Minnipins in the village finally decided to listen they were able to defeat their enemies.

Finally, Carol Kendall’s book shows us why working together is so essential to life.

In order to survive, Walter the Earl, Gummy, Curly Green, Muggles, and Mingy worked together to build their house and gather food.

If they hadn’t worked so hard, they wouldn’t have had shelter when the Mushrooms attacked them.

Walter the Earl, Mingy, Curly Green, Gummy, and Muggles worked together when they set up a spying system to see how the Mushrooms were getting through the mountains and into their valley.

Because they did that, they were able to rally the villagers before the Mushrooms reached the village.

When the townspeople worked together they were able to defeat the Mushrooms.

Carol Kendall adds so much depth to her story by having these things portrayed in her book. 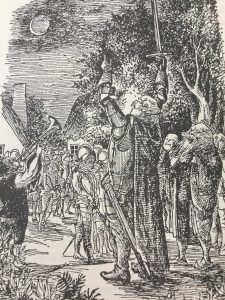 In”The Gammage Cup” Carol Kendall shows us that differences can be good, listening more is important, and working together is essential.

By having these things in her book she makes it so much more enjoyable.

“The Gammage Cup” will continue to be popular because it shows continually why these simple truths are so important.

Walter the Earl, Muggles, Gummy, Curly Green, and Mingy’s companionship and care for each other should continue to find themselves in other peoples hearts for generations to come.