I had to read “The Sherwood Ring” for school (available here from Amazon.com).

The book looked so interesting, I actually read it ahead of time.

I’ve enjoyed the book so much, I have probably read it at least 5-6 times. 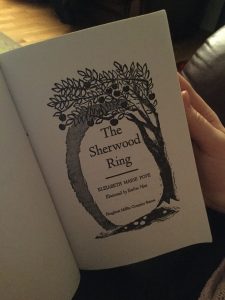 Her mother died when she was born.

Her father is an artist who sends her to as many camps and schools as he possibly can, so he can do his work.

Peggy goes to live at her uncle’s house, where she is completely ignored.

She is visited by her ancestors who come and tell her events from the past that slowly reconnect into her own life.

What I liked about The Sherwood Ring:

I like all the plots and twists. You never know what is going to happen until the very end of the book.

Things happen that you had no idea would happen.

The ancestral ghosts know what is going to happen to her, so they help her with the different events in her life. 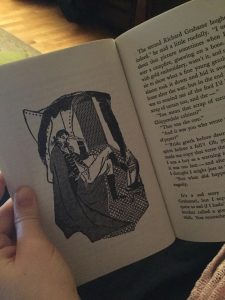 The chapters go between the past and the present.

I like this because it switches between the main story and the past.

The past takes place during the Revolutionary War.

It’s nice that the house in the story has artifacts from George Washington’s time.

There is one chapter that has some codes and ciphers, and I liked this because it gives you an idea of how you might be able to use codes if you were just playing.

They give you everything in the book so that if you wanted to you could use the information from the book to make your own codes to play with.

There is some funny humor in this book.

There is an old dumpy car called Betsy. The author says that “Betsy tried to jump the fence”, almost like the car was a horse.

The car is always broke down and Pat has to tinker with it to get it to work. 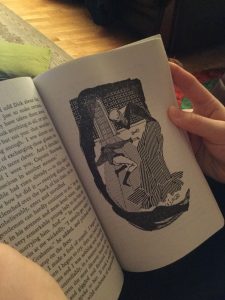 The illustrations are very interesting. It definitely makes you look twice.

The author almost makes you like the bad character.

He is a British terrorist during the Revolutionary War.

Who tries a series of things to get the bad guy, but fails every time.

Both characters battle with their wits. 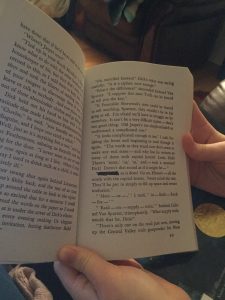 I didn’t like the fact that there were many places where the author took God’s name in vain.

I just used a black marker to cross out those words.

I almost wish there was more to the story so that I could know what happened to the characters.

Overall, there wasn’t much that I didn’t like about this book.

As I mentioned at the very beginning, I have already read this book 5 or 6 times.

It’s a great book and I think you should read it. You can buy a new or used copy of The Sherwood Ring here. (Amazon.com) 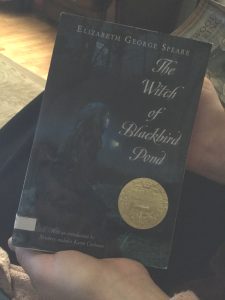 The Witch of Blackbird Pond: This book also has an orphan girl and is from an earlier time period. No ghosts in the book. Also has romance.

The Secret of the Sealed Room: This book is about a girl and a boy who work together and are both misfits. They are trying to solve the mystery of a secret sealed room.